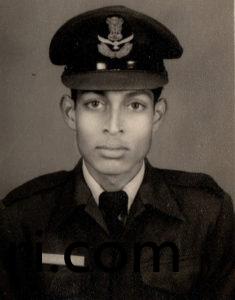 Initial schooling was at various places including Kanakapura. Did my Honors in chemistry major from National College Basavangudi, Bangalore.

After his innings as a student leader for continuous 2 years in National College Bsavangudi during 1972 as General Secretary, Students union and in 1973 as the Vice President Students union.

Choose to join the Indian Air Force as a commissioned officer in 1976. Served the IAF with distinction, for over 25 years at various stations, all over India including border posts.

Was awarded the commendation by the Chief of Air Staff twice for my distinguished, meritorious and dedicated service once 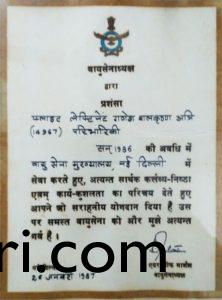 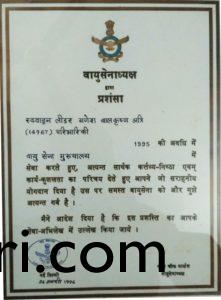 each 1987 and 1996 during my service career it was privilege to have served one of the most SECULAR armed forces in the world today. I took premature retirement from the IAF 2001 for personal reasons.

Since then has worked in the corporate world for some time including IIMB. He has run Arjun Prashikshan Kendra as the Managing Director, a training and coaching institute, engaged in motivating eligible Karnataka youth to join the Armed forces and providing necessary training for the interested candidates. The institute also provided training for the security guards meet the exacting demands of the security needs of the country.

Has planted over 3000 trees in the area he lives.

Has take RTI as his tool to unearth scams and expose corruption at high places. Cases against Ashok, MLA pending in the HC and recent govt order for fresh probe against Ashoka are proof of the same. He has exposed corruption in lake managements all over Karnataka and lodged compliance with Karnataka Lokayuktha on encroachments and pollution.

He is fighting corruption at high places throw Karnataka Lokayuktha by lodging complaints. By utilizing the available technology and the legal provision, including the RTI act, he has exposed many corrupt deals in the past.

Further is fighting a case with KSPCB on specific Two Lakes Arekere and Madiwala, to be made free of pollutants by BWSSB and BBMP which has now culminated in filling of criminal cases against BWSSB chairman and its officers.

He is at present leading the rejuvenation of Hebbagodi lake, which was in pathetic condition, financed by M/s. Biocon Limited.

He has waged a lone battle with Karnataka State Pollution Control Board to save the three lakes "Arekere, Hulimavu and Madivala" from the menace of raw sewage discharges into these lakes. He has also taken up the issue of encroachment of sacred lake in around Bangalore by vested interests with the Karnataka Lokayuktha and the investigation due to process.

It was his tireless efforts which were responsible to remove powerful encroaches from the 30 sites of poor handicapped people near Bangalore recently, which has even been acknowledged by the disabilities commissioner.

Wg.Cdr.G B Athri (Retrd), has been born spirit of selfless social service. He has dedicated his retired life to active social service to help the needy and down trodden in the society. It is endeavor to bring sacred sanctity in public life to ensure probity and accountability. Owing to his dedicated service in the IAF for over two decades disciple is his second nature in all his activities and his commited to bring order in public life.

Has participated in many TV discussions debate both in Kannada and National channels  on variety of subjects especially on Environment and Urban living.

He is a zestful, positive person with full of optimism and enthusiasm for new enterprises and plans. He is  daring, courageous, creative and imaginative, bold and adventurous , charming and cheerful, with passion for details. Never succumbs to pressure and does not get overwhelmed by power people. Has unquestionable loyalty and dedication.